For 2020, the special events will include: 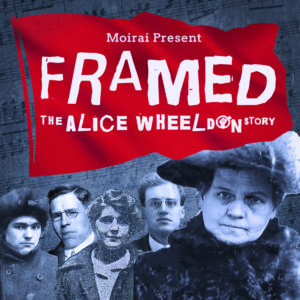 The Wheeldon & Mason families were convicted of conspiracy to murder. They were tried at the Old Bailey in London in a blaze of publicity. They were found guilty & sentenced to prison.

“Framed: The Alice Wheeldon Story” is a new folk music and song show written and performed by Derby trio Moirai (Jo Freya, Sarah Matthews and Mel Biggs). Join us and discover this 100 year old tale of fake news, family values and activism which is oh so relevant in today’s turbulent modern world.

Here at the Fair 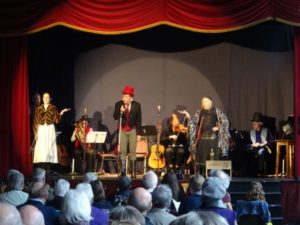 HERE AT THE FAIR is Mick Ryan’s latest production. With 20 remarkable songs that only Mick could have penned, this show is beautifully interspersed with dialogue that exposes the personal worlds  of the characters living the travelling entertainers life in Victorian England.

The show has already left audiences spellbound with a standing ovation on its debut performance at Chippenham Folk Festival, followed by success at Tenterden Folk and Halesworth Arts Festivals.

Giddy up at Whitby 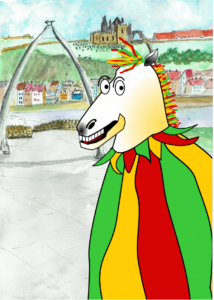 Giddy up at Whitby, a children’s book starring a morris horse who gets lost at Whitby Folk Week, is due to launch at this year’s festival. The book has been produced by two morris dancers from the North East: squire of Newcastle’s newest side Black Gate Morris, Katie Palmer Heathman, and Geoff Roberts, squire of Hexham Morris Men, who appeared at Folk Week 2018.

Watch this space for more…