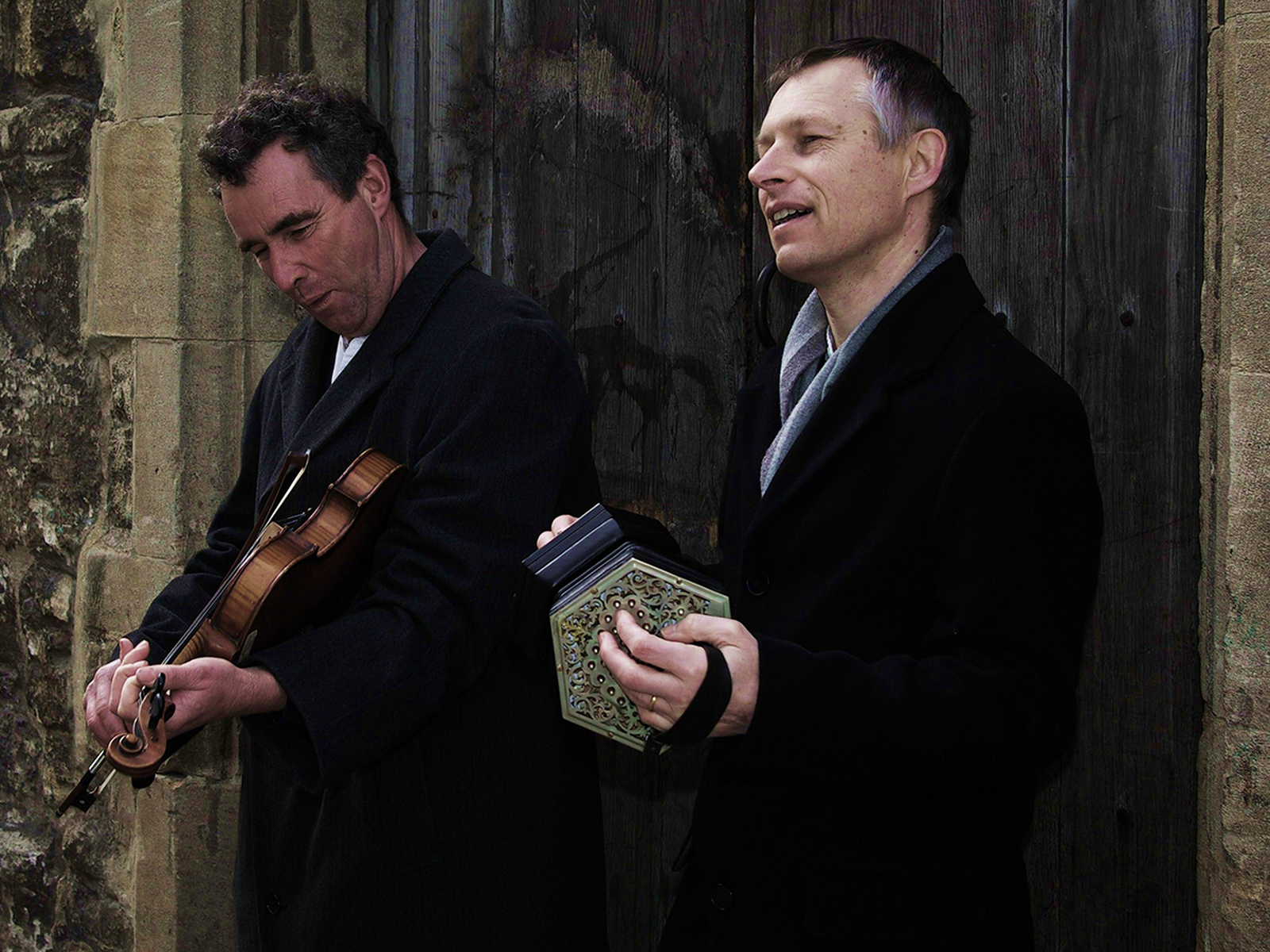 Mat and Andy both play with Oxfordshire band Magpie Lane.

A Bampton Morris dancer for almost 50 years, Mat has played for country dancing for very nearly as long, principally with the Woodpecker Band. His instantly recognisable fiddle style is utterly danceable, and quintessentially English.

Andy is also an experienced dance musician, playing anglo-concertina with bands such as Polkabilly, Geckoes and Oxford NAGS. He has a punchy, rhythmic concertina style, but can also play in a slower, smoother style to accompany his own fine singing.

The tunes are interspersed with songs – again, mostly from English traditional sources.