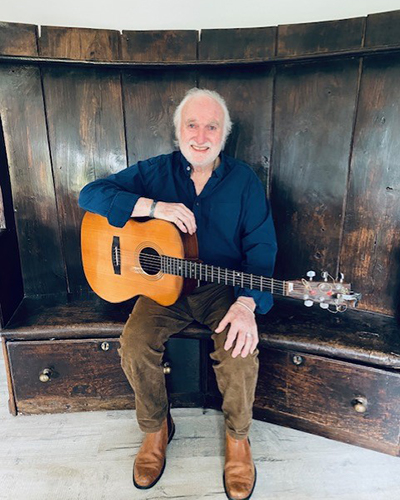 Martyn Wyndham-Read has been involved with folk music for over fifty five years.
In his late teens he left his mother’s farm in Sussex, England and headed off, with his guitar, to Australia where he worked on a sheep and cattle station, Emu Springs, in South Australia. It was while he was there that he first heard the old songs sung by some of the station hands and became captivated by the character and atmosphere of these songs and the need to know more of them and where they came from. He headed off to Melbourne and became part of the folk song revival there and throughout Australia during the early 1960’s.
Back to England in 1967 where he met up with the renowned singer and song collector Bert Lloyd, made some albums with him,who himself had spent time in Australia, also started recording for Bill Leader and later with Fellside Recordings he now has his own label Wynding Road Music.
During the Lockdown Martyn has been putting up a song video a week under the title of Songs from The Settle, these are on his Martyn Wyndham-Read Youtube Channel.