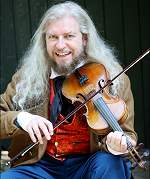 Dave Townsend has been performing, teaching and researching music for more than thirty years. From a background in literary research and publishing he plunged into a full-time musical career in 1982 with various groups, notably The Mellstock Band. He evolved a formidable technique on English Concertina, carrying it into technical realms scarcely explored since the classical virtuosi of the nineteenth century and bringing new sounds to traditional music. He has toured across Britain, Europe, Africa and the U. S. A., appearing at festivals and concerts and leading workshops. He’s also appeared in theatre, film, and TV. He has recorded numerous albums, and published books, most recently The Sharp Collection, bringing together all the social dance tunes collected by Sharp.