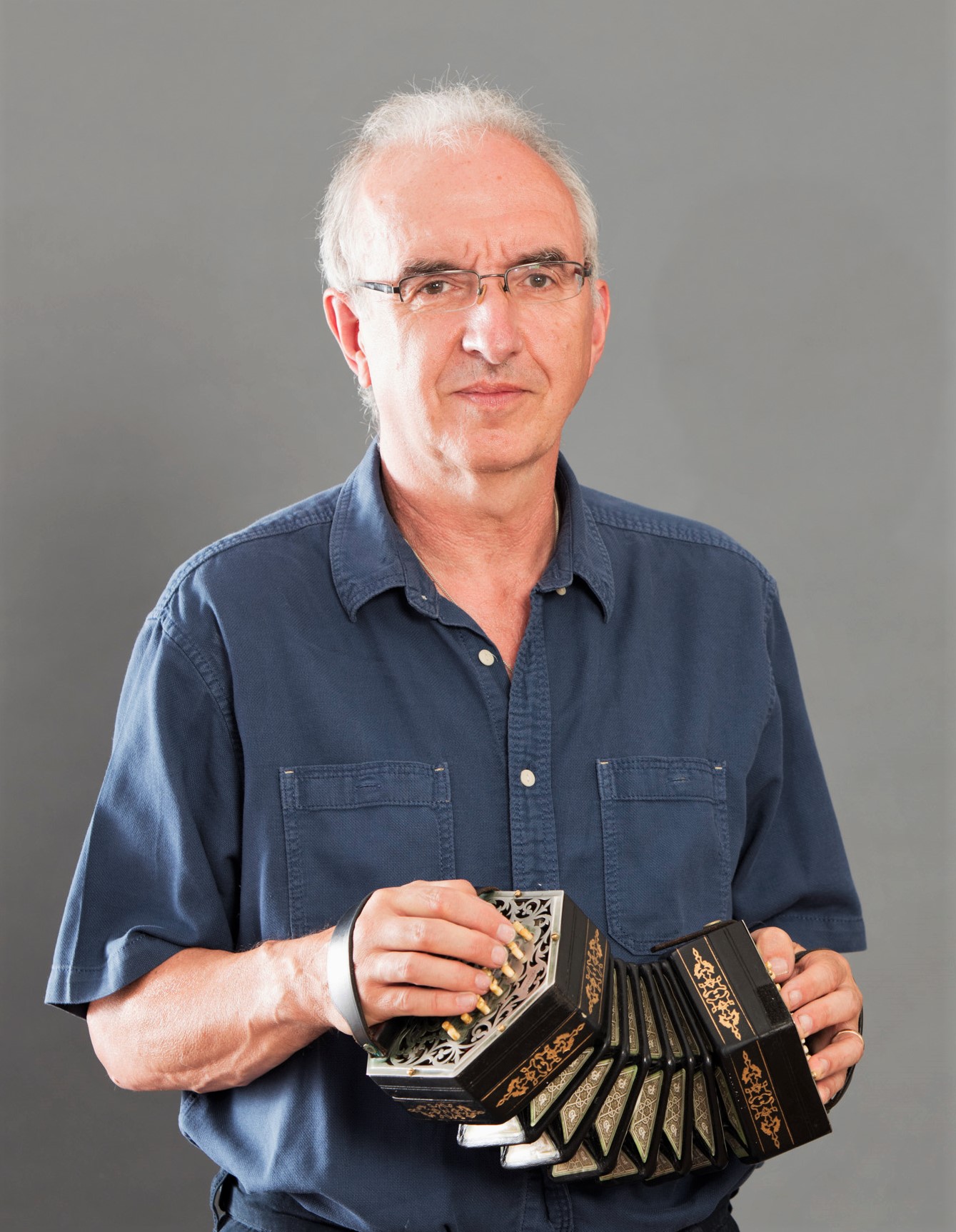 Brian Peters is a Whitby regular, one of the folk scene’s great all-rounders, and a well-travelled international performer. He’s compelling singer, a top player of the anglo concertina and melodeon, and a skilled guitarist. Brian’s core repertoire lies firmly in the English tradition, with Child ballads a speciality, but he has wide-ranging tastes so expect the unexpected – if you’re lucky he might even bring his banjo. He likes to engage his audiences with choruses and humour, but he’s a serious researcher too, and over the lockdown period has given several well-received online lectures. He’s made CDs aplenty.