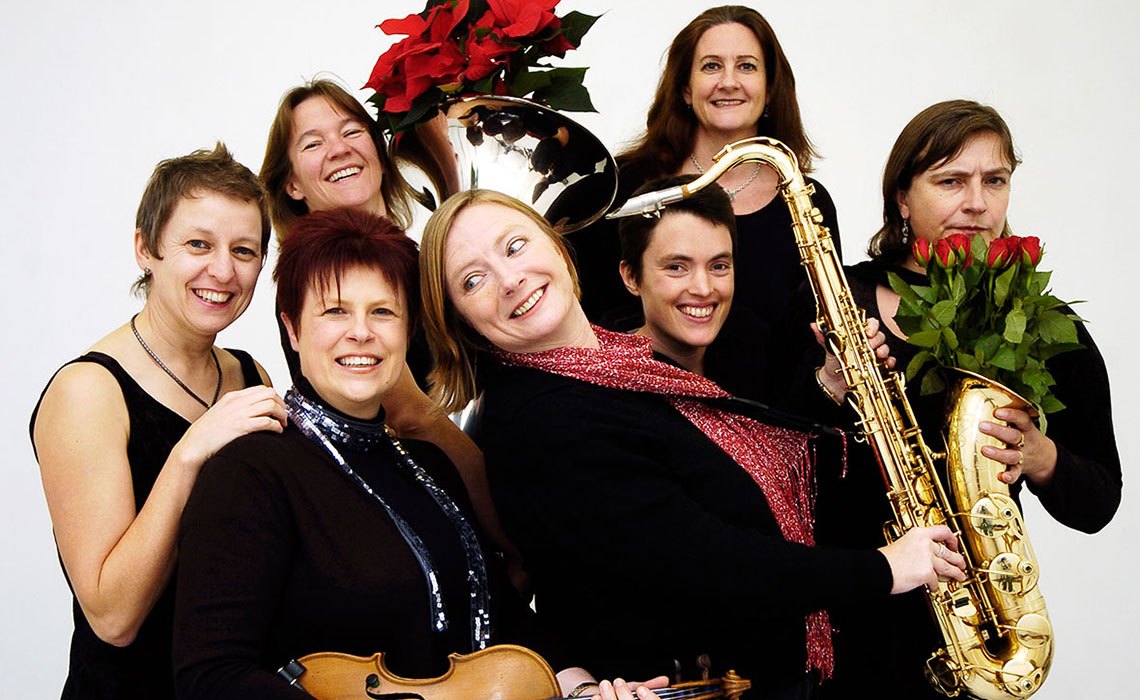 Formed originally 33 years ago to show case female instrumentalists in the Uk they became hot favourites quickly and were nick named ‘The Diva’s of the Dance world’. The sound they create is joyous, infectious, energetic and totally unique to them partly because of the astonishing range of influences on their music and unusual instrumentation. Look at the other bands they’ve been in or are in! The band have a party on stage which you become part of whether listening or dancing.