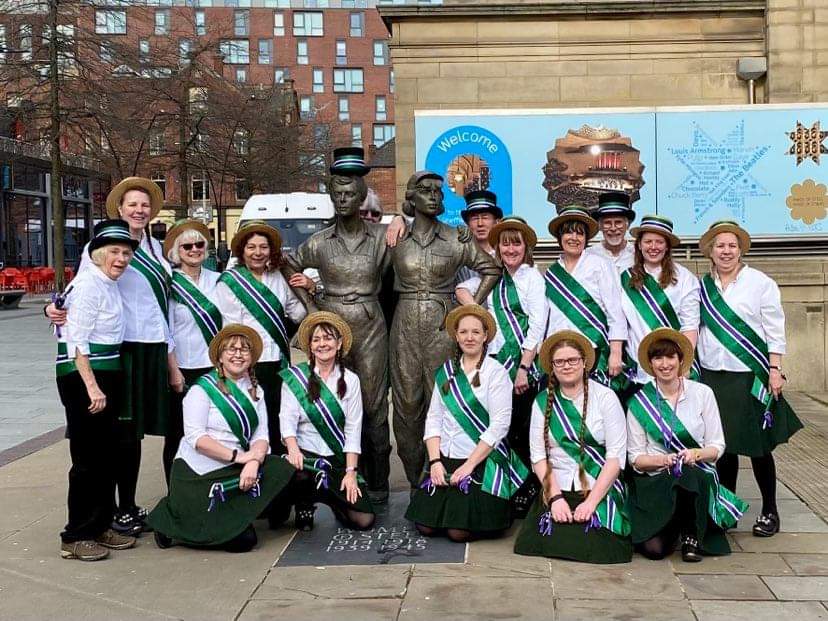 Silkstone Greens take their name from the coal seam that runs beneath their home of Dodworth, Barnsley. They were formed in 2007 and more than 15 years and one pandemic later they are still going strong. They dance self-penned dances in traditional North-West style focusing on smart, precise lines and movement. Oh, they also focus on partying when they get the chance!