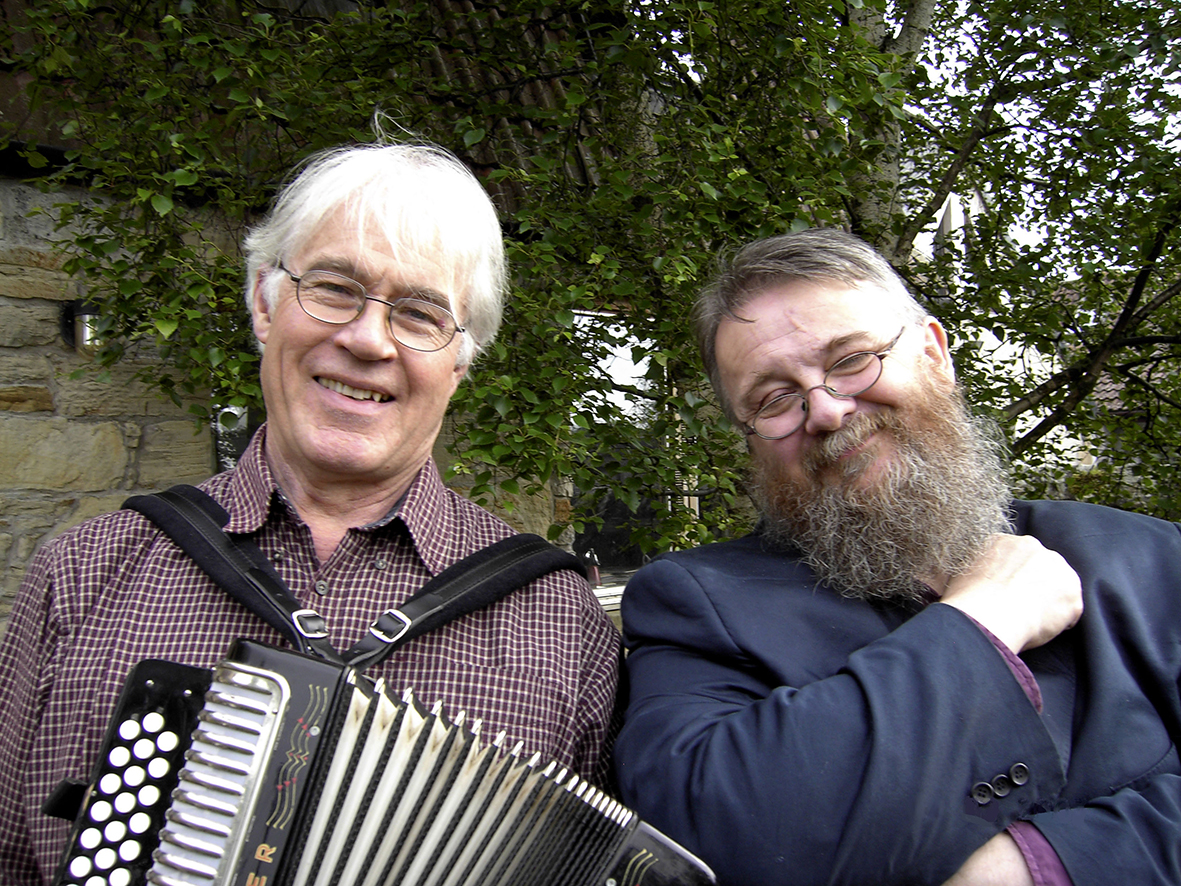 Pete Shepheard and Arthur Watson bring together a wealth of song repertoire gleaned directly from the many traditional singers they have known. Both were members of the folk band Shepheard, Spiers and Watson, and Arthur was also a member of the Aberdeen based group The Gaugers. Originally from Stroud in Gloucestershire, Pete lives in Fife, plays melodeon and sings many songs collected in rural Fife and among English and Scottish Traveller communities and was, in 2018, awarded the Hamish Henderson Services to Traditional Music Award. Arthur is originally from Aberdeen is an artist and a senior lecturer at the University of Dundee, plays whistles both big and small and now lives in Perth.