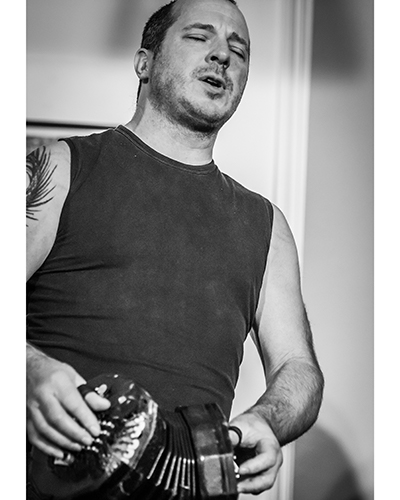 Raised in Norfolk and heavily influenced by earlier Norfolk singers such as Walter Pardon, and Peter Bellamy, Damien is a stylish and distinctive singer, either a capella or accompanied on guitar or concertina. Best known in recent years for his critically acclaimed stage shows ‘The Demon Barbers XL’ and ‘The Lock In’, Damien is now returning to the traditional songs of East Anglia that ignited his passion in folk music. He is the epitome of a traditional folk singer, having learnt his trade directly from some most respected singers in the UK, and brings real authenticity to his performances.