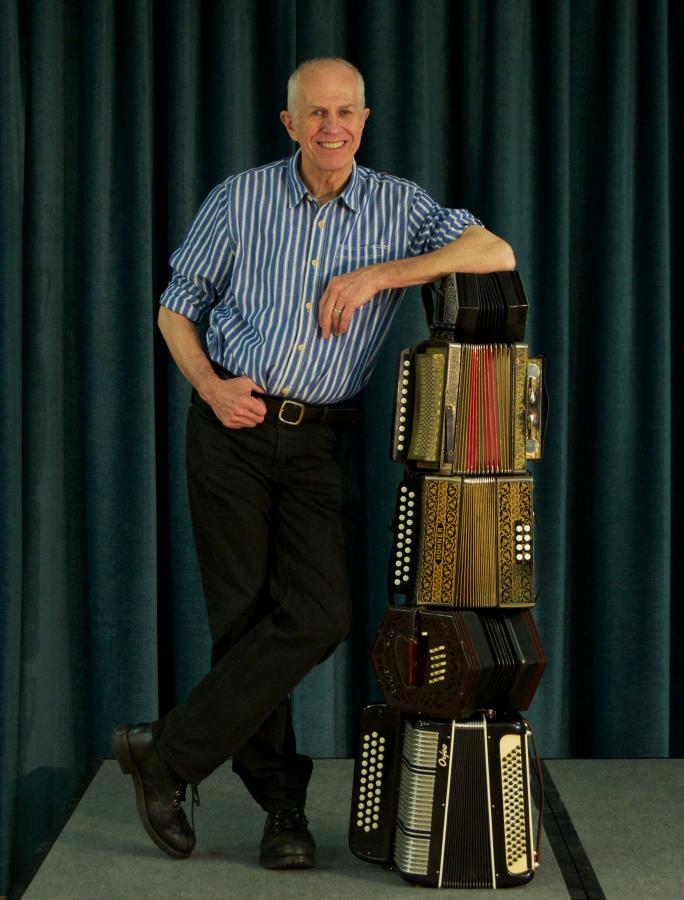 John joined The Hammersmith Morris Men as a twelve-year-old in 1959, and has been dancing, singing, and playing his way round every aspect of the English Folk Scene ever since. He’s worked in all kinds of groups, bands, and duos, squeezing his boxes, singing his socks off, and creating songs, tunes, and The Shropshire Bedlams. Awarded lifetime membership of The International Concertina Association in 2002, the EFDSS Gold Badge in 2003, and now Her Majesty The Queen – always a fan – has appointed John an MBE in this year’s New Year’s Honours List, for his contribution to English Folk Music.